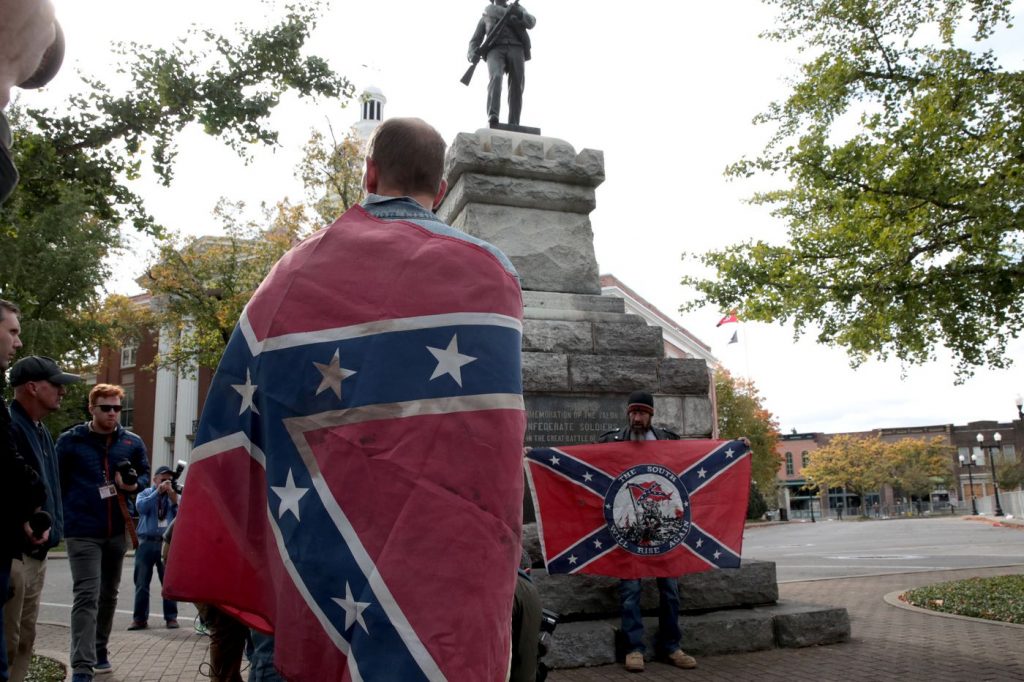 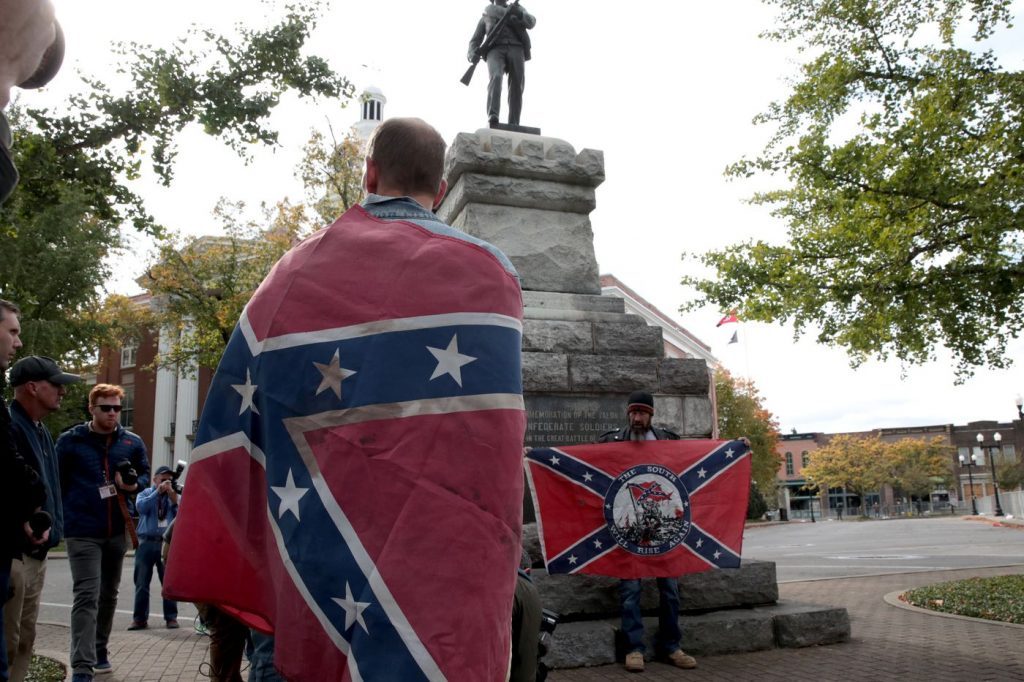 People tote Confederate flags during a “White Lives Matter” rally in October in Murfreesboro, Tenn. The number of Volunteer State motorists using plates with the Stars and Bars has increased 72% since 2015 despite a nationwide effort to shelve the racially charged symbol. (Scott Olson / Getty Images)

A record number of Tennesseans are using Confederate flag license plates amid a nationwide push to eliminate the symbolism after nine people were killed in a racially motivated attack on a Charleston, S.C., church in 2015.

The Sons of Confederate Veterans plates, which benefit the organization’s Tennessee Division, require an annual fee of $61.50, $35 of which is allocated to the plate’s beneficiary.

Data collected by the state shows that there were 3,273 active plates in June, up 72% from 2015, when the movement to take down Confederate imagery began, The Tennessean reported.

The Sons of Confederate Veterans generated roughly $57,700 through plate sales in the 2018 fiscal year, according to the report.

James Patterson, commander of the Tennessee Division of the Sons of Confederate Veterans, said the organization has encouraged the display of the flag to counter “all the anti-Confederate rhetoric that’s been going on,” The Tennessean reported.

“Every time that some of our history that we’re so proud of has been attacked, people have gone out, and probably some members who had license plates but quit renewing have gone back an put them back on their vehicle,” he said.

Patterson says he has four of the license plates.

The Sons of Confederate Veterans spent $12,000 in proceeds to restore an overcoat belonging to Confederate soldier Sam Davis, who was hanged by Union troops, according to the report.

More than 100 Confederate monuments and symbols have been removed since Dylann Roof killed the nine black parishioners in Charleston.

Local officials in a central Virginia county say a giant Confederate flag visible from an interstate highway has to come down because it violates a zoning ordinance.

TV station WCAV reports that the Louisa County Board of Zoning Appeals denied a petition this week to leave the flag in place.

The Virginia Flaggers, which installed Confederate flags across the state, erected the flag in March.

It was visible beyond the tree line along Interstate 64.

The county said the flagpole was taller than the 60-foot maximum allowable height for buildings and structures.

The group’s argument that the flag was a monument and therefore exempt from the ordinance was rejected.